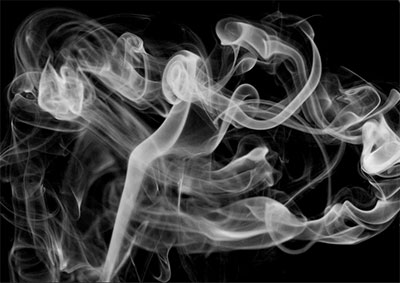 The two questions that most frequently arise regarding second-hand marijuana smoke are whether a non-smoker can get “high” just from breathing second-hand smoke (sometimes referred to as a “contact high), and whether someone could test positive for marijuana just from being around others who are smoking.

Unfortunately, marijuana’s status as a Schedule One drug means that research opportunities have been limited. However, in the light of the changing legal landscape around marijuana use, this is beginning to change.

A study published in April this year examined these questions. Specifically, the study set out to examine what the effects of second-hand marijuana smoke was on non-smokers in the same room, and then to examine what effect ventilation had on those results.

The results found that, under unventilated conditions in an enclosed space thick with pot smoke, non-smokers could in fact absorb just enough THC to produce detectable cannabinoid levels in blood and urine, thus potentially producing a positive result in a drug test for marijuana, even if the subject had not smoked directly. The levels examined were at or just barely above the threshold, but enough.

However, in the same space with the same amount of marijuana smoke, but with typical ventilation (not special or industrial ventilation systems), the non-smokers did not absorb enough THC/cannabinoids to be detectable, let alone fail a drug test.

As far as whether second-hand smokers can get a “contact high” just from being around the smoke of others, similar results were found.

Under unventilated conditions, those exposed to second-hand smoke self-reported minor effects. (The study did not specify if the second-hand smoke-exposed subjects were themselves marijuana smokers, had ever smoked marijuana, or had never smoked marijuana.) Because of the subjective nature of being “high,” the study began with baseline measures, and compared them to the physiological, subjective and behavioral/cognitive measures taken after cannabis exposure sessions. The study found minor increases in heart rate, mild to moderate self-reported sedative drug effects, and impaired performance on the digit symbol substitution task (DSST).

Exposure under ventilated conditions resulted in much lower blood cannabinoid levels, and did not produce sedative drug effects, impairments in performance, or positive urine screen results.

In conclusion, the study finds virtually no adverse effect on non-smokers exposed to second-hand marijuana smoke providing there is adequate ventilation in the space.