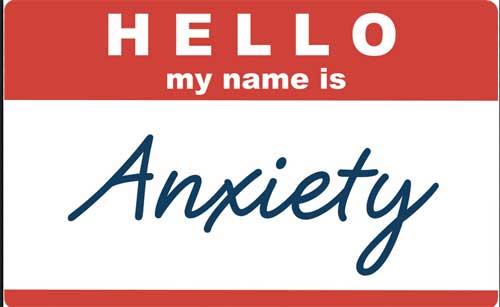 Is pot good for anxiety, or does it make it worse?

People think of marijuana as a “mellow” drug, one that makes users calm, even lethargic, and happy. So shouldn’t that mean that pot would be great for dealing with anxiety? But, not so fast. Some research suggests otherwise. It could be that people who are prone to anxiety or panic attacks may find their condition worsens with marijuana use.

Only recently have there been widespread studies of cannabis, because of its classification as a Schedule 1 drug. But as more state legalize medical marijuana, more research is finally being done.

Medical marijuana can help people suffering from seizures. Parents of children who have rare conditions that cause dangerous seizures have become known as the “Mommy lobby,” and are pushing to allow use of medical marijuana in oil or edible forms for these children.

Marijuana’s calming effect is universally noted. Washington, DC Metropolitan Police Chief Cathy Lanier told reporters, “Marijuana smokers are not going to attack and kill a cop. They just want to get a bag of chips and relax. Alcohol is a much bigger problem.”

Researchers at Vanderbilt University are trying to learn how marijuana works. Using mice, they discovered cannabinoid receptors in the amygdala, a region of the brain that acts as an emotional hub. The amygdala monitors anxiety as well as the flight-or-fight response. In a press release, Dr. Sachin Patel, the senior author of the study, said that these findings “could be highly important for understanding how cannabis exerts its behavioral effects.”

“We know where the receptors are, we know their function, we know how these neurons make their own cannabinoids,” Patel continues. “Now can we see how that system is affected by … stress and chronic (marijuana) use. It might fundamentally change our understanding of cellular communication in the amygdala.”

Cannabis does have an effect on stress levels. The brain’s own neurotransmitter system is wired to receive cannabinoids, through the brain’s endocannabinoid system, which is involved with appetite, pain-sensation, mood, and memory. This system uses neurotransmitters, and mediates the psychoactive effects of cannabis. THC interacts with anandamide, one of those neurotransmitters, creating a happy, relaxed feeling, as well as sleepiness.

Although in the short term, pot may seem like a way to bliss-out, long-term use is another matter. Some studies have shown chronic use can result in IQ and memory loss. Other studies have hinted at a link between marijuana and psychosis, especially for those with a pre-existing genetic vulnerability. One study found similarities between the way that pot and schizophrenia effect the brain, with both producing an inability to filter out certain stimuli, a sense of heightened significance (those “aha!” moments), and even changing the way we see reality.

So, if you struggle with anxiety, would using pot make it better or worse? It’s hard to say, since marijuana effects everyone differently. But for those prone to panic attacks and anxiety disorders, pot might not be the best medicine. These people may experience worse anxiety when smoking weed. Certainly, using pot, or alcohol, or food is no substitute for therapy to get to the root of actual problems. Anxiety is a symptom of something deeper. Only understanding where it comes from can really help.